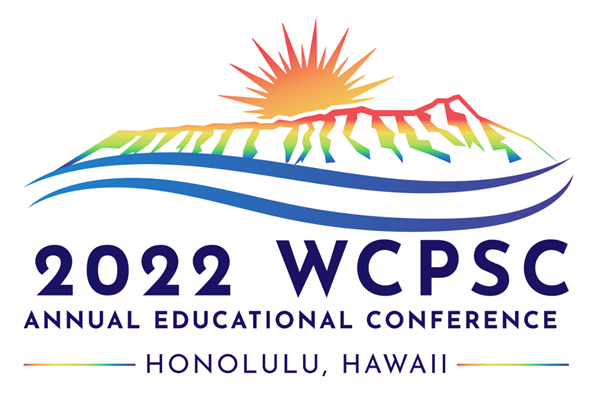 The Western Conference of Public Service Commissioners (WCPSC), a regional association within the National Association of Regulatory Utility Commissioners (NARUC), hosted its annual conference in Honolulu from June 5 to 8, 2022.

Hawaii is one of the 14 states that comprise the WSPSC, and this is the second time Hawaii has hosted the event, with the initial conference hosted in 2009 on Hawaii Island under the leadership of former Hawaii PUC Chairman Carlito Caliboso.

The 2022 WCPSC offered regulators, industry, and advocates an opportunity to learn about current and emerging issues facing regulated sectors, such as electricity, natural gas, telecommunications, water, and transportation.

Here are some of our key insights from the 2022 WCPSC:

Numerous examples and studies confirmed the technical feasibility and reliability of a high-renewable electric grid. For example, the island of Kauai’s electric grid operates primarily on renewable resources (69.5%) and was the most reliable power system in Hawaii in 2020, with a 99.9% reliability rate.

Studies from National Labs and the Department of Energy have also shown similar findings. A recent analysis by Energy Innovation looked at 11 scenarios of clean-energy policy packages that would get the United States to 70–90% clean energy in the next 10 years without compromising the electric grid’s reliability. Five of the 11 scenarios accounted for extreme weather events and high electricity demand.

Ultimately, investing in fossil fuel plants for the sake of near-term reliability poses a bigger threat to the electric system and, more importantly, our efforts to combat climate change. The longer we invest in fossil fuel production, the more greenhouse gases will be emitted from the power sector, creating more severe and frequent reliability and resilience events from extreme climate-related weather events.

Energy justice must be incorporated into decision-making. As Hawaii moves forward on our transition to clean energy, it has a responsibility to ensure that the needs of all members of our communities — low-income communities, people of color, and those most vulnerable to the adverse effects of climate change — play a key role in the dialogue developing clean energy policies.

During the panel, “Facilitating Equity in the Renewable Energy Transition,” Shalanda Baker, director of the U.S. Department of Energy's Office of Economic Impact and Diversity at the (DOE), described efforts to advance President Biden’s Justice40 Initiative and the importance of considering the broader social context in decision-making, specifically how energy & climate policies can impact the most marginalized communities.

Cliff Rechtschaffen, Commissioner at the California Public Utilities Commission (CPUC), gave an overview of California’s Environmental & Social Justice Action Plan, detailing how the CPUC incorporates equity and environmental justice into the state’s clean energy programs and proceedings. To best guarantee a just transition for Hawaii, we must go beyond piecemeal solutions and position equity, accessibility, and affordability within the wider framework of decision-making.

Public financing and funding options should be leveraged to get microgrids to market. In early 2021, Hawaii and California became the first states to approve microgrid tariffs to increase grid resilience. However, the up-front capital needed to deploy microgrids remains a barrier to adoption. During the panel, “The Macro-View on the Future of Microgrids,” Kiera Zitelman with the National Association of Regulatory Utility Commissioners (NARUC), shared various sources of public and federal capital different states have used to support the development of microgrids, including the Connecticut Microgrid Grant and Loan Program, the New York Prize Microgrid Competition, and Federal Emergency Management Agency’s (FEMA) Pre-Disaster and Hazard Mitigation Grant Programs. Commissioner Genevieve Shiroma with the California Public Utilities Commission (CPUC) also praised California’s Microgrid Incentive Program, which approved $200 million to fund clean energy microgrids that increase electricity reliability and resilience in communities that may be at a higher risk of electrical outages or increase reliability for critical infrastructure facilities such as schools or hospitals.

The interconnection process has become more complex and challenging because of strong policy mandates and rapid advances in technology throughout the energy sector. Solutions offered by the panelists, including grid forming inverters, independent engineers, and increasing transparency in the process, will be needed to eliminate the “gridlock” that is slowing Hawaii’s adoption of clean energy resources.

Infrastructure Investments and Jobs Act (IIJA) funds present a significant opportunity to work together. Throughout the conference, multiple panelists discussed the “once-in-a-generation” influx of funding from the IIJA and the types of investments that could qualify for these dollars. Hawaii is estimated to receive at least $2.8 billion over the next five years to improve infrastructure that supports clean transportation, renewable energy integration and energy efficiency measures through formula-allocated funds. Another $80 billion will be available to states through competitive grants. With this amount of money on the table, there is a need to be proactive and organized to maximize the benefits from available funds. As we begin to understand the opportunities before us, Hawaii should establish a strategic planning effort that aims to identify objectives/outcomes, prioritize investments, determine metrics and benchmarks to evaluate investments, and connects IIJA funding opportunities to the state’s broader priorities on clean energy, transportation, and decarbonization, which will be necessary for Hawaii as we begin to understand the options before us.

Ulupono thanks the Hawaii Public Utilities Commission for hosting the 2022 WCPSC and looks forward to future opportunities to work with stakeholders, industry, and the Commission on many of these critical issues.