Keep up to date with Ulupono’s latest updates, announcements, and press releases.

Please contact our Communications team for media inquiries, sponsorship requests, or usage of our images or logo:

Ulupono Initiative transportation guru Katie Rooney loves to talk parking, and as we chatted Friday she swiftly started to build a compelling case for the massive, overlooked role it plays in our quality of life on this small, crowded island.

A single “free” parking space in a typical Honolulu parking garage costs around $50,000 to build, and a city ordinance often forces developers to build hundreds of them.

That drives up rent and housing costs, she argued, in a town that’s already facing a dire affordable housing crisis. The city’s parking requirements haven’t been updated in three decades and they limit what can be built. Sometimes, they block new homes and retail from being built altogether.

Reforms could be on the horizon, however. On Wednesday, the Honolulu City Council will take up a measure to eliminate the city’s mandatory minimum parking requirements on future development in urban areas. If approved, it would be the first major overhaul of parking rules in 30 years. 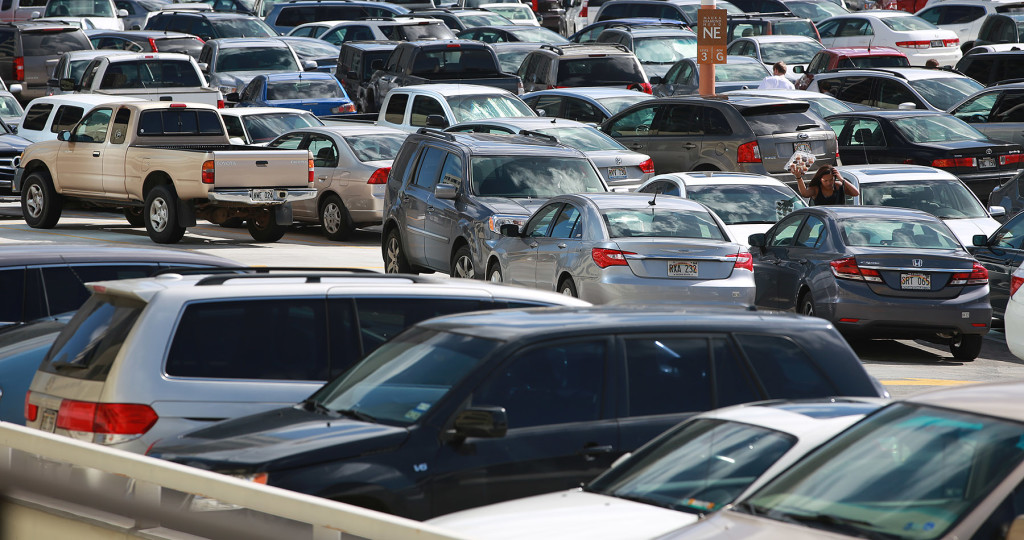 Cars sit parked at Ala Moana Shopping Center. The city’s requirements to build a minimum amount of parking, based on land use and square footage, can drive up the cost of new developments by millions of dollars, officials say.

Rooney and others believe that with millenials looking to drive less, there’s growing local demand for housing that doesn’t include costly on-site parking.

“That’s your target market, but that market can’t really be developed here,” Rooney explained. “We build these (parking) structures for this hypothetical peak demand … and what we’re finding is there’s still plenty of space” left over.

“That’s an expensive decision,” she said.

For years now, Oahu’s leaders have been struggling to fix the island’s growing affordability crisis. Have we overlooked parking as a key culprit this whole time?